Brief Summary of the Metamorphoses

Latin Text
Book I: ·
Lucius, traveling through Thessaly encounters a man named Aristomenes who tells the tale of Socrates, a man who was on his way to a gladiatorial show when he encountered a terrible fate at the hands of his witch wife.

After this tale, Lucius arrives at the home of Milo and his witch wife Pamphile where his curiosity grows, despite the warnings given to him by his relative Byrrhena.   At this point, he also engages in an affair with their servant Photis whom he tries to convince to help him in his desire to witness magic.   Note also that in this book there is not a specific reference to spectacles or gladiatorial combats in the literal sense, however, the term gladiator is used as a synonym for sex (i.e. sex is like a gladiatorial combat) and in 2.15 Lucius describes his room as being prepared like that of a gladiator at a banquet for his last meal, right before he is seduced by the wicked seductress Photis.  At a later dinner party Lucius hears more tales of witchcraft, further provoking his curiosity.  While he drunkenly walks home, he stabs what he believes to be three robbers attacking him.

Lucius stands trial for killing the men, whom he later discovers to have been goatskin wine sacks – a trick of magic done accidentally by Photis while she was serving her mistress.  Lucius convinces Photis to help him witness Pamphile in a magical act, with Photis' help he witnesses Pamphile transform herself into a bird.  Lucius begs Photis to help him do the same to himself so that he can not only see, but also experience magic.  However, in helping him, Photis accidentally transforms Lucius into an ass.  He is subsequently taken away by robbers who invade Milo’s house, thereby preventing him from attaining human form again.

Until Book XI all of the acts experienced by Lucius are that of him in the form of an ass.   Lucius is told the tale of the robbers and Demochares.  An old woman tells Lucius the story of Cupid and Psyche (Books IV-VI). Psyche was a woman born of beauty comparable only to Venus herself.  Due to Venus’ extreme jealousy she is forced to endure a series of events designed to lead to her downfall.  Venus asks her son Eros to avenge her by having Psyche seized with passion for the meanest, most horrible of men.  After following oracular advice Psyche is led to an opulent royal palace by the Zephyr where she hears all but does not see anyone including her new husband.  She is warned never to lay eyes upon him, a promise which she initially agrees to.  However, after several visits from her envious sisters who convince her that her husband is evil, Psyche agrees to a plan to kill her husband.  Before carrying it out, Psyche lays eyes on her husband, Eros.  She is pricked by an arrow and falls madly in love.  However, fearing Venus’ wrath Eros flees.  In her search for Eros, Psyche encounters a vengeful Venus who torments her with impossible tasks, all of which she completes.  Meanwhile Eros had made a deal with Jupiter in which he would receive Psyche as a reward and with the gods’ blessing, they are united and married.

Lucius learns from the robbers that he is suspected of robbing Milo’s house and fears that he can no longer return to human form.  He then hears a story from the famous brigand Haemus the Thracian who is inducted into the band of robbers and who betrays them and takes Lucius with him.  Book VIII reveals the story of Charite, a girl who had suffered at the hands of the robbers.  By Book IX Lucius has been passed around many times to various owners and is in bad shape from the abuse he has endured.

Lucius is discovered to be an extraordinary donkey, but his true story is not yet known. Thiasus from Corinth is throwing a 3 day spectacle and is in Thessaly to gather the most renowned beasts (which Lucius is of course).  Lucius enters into an intimate relationship with a woman which is later to be developed into a spectacle.  Lucius flees the scene and arrives at Cenchreae before he completes his act.

Lucius awakes and purifies himself in the sea, praying to the goddesses for help.  Iris appears in a dream and tells him of how he will be saved and how he must dedicate his life to her service.  Lucius adheres to her command and at her procession he is transformed to human form.  He is initiated into her service and spends his life thereafter in her service.

Please click here for an English translation of the Metamorphoses.

Please click here for the complete Latin text of the Metamorphoses. 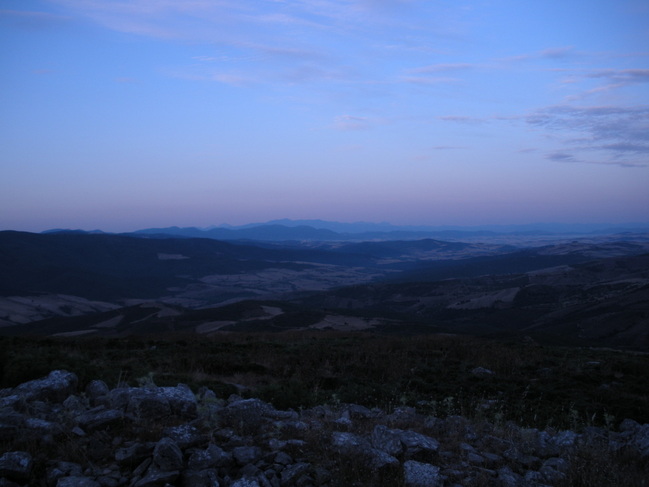 Landscape image of Kallithea, Thessaly by Bethany Brothers.
Powered by