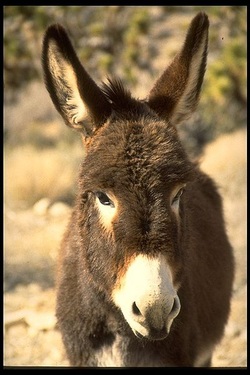 The Metamorphoses is the only Latin novel to survive in full and is divided into 11 books.  The story is the first person account of an elite Greek man named Lucius, who driven by his curiosity to see and experience magic, accidentally transforms himself into an ass.  The story itself is said to have taken place in Thessaly (northern Greece), but there are indications that many of the places and events described reflect Apuleius' home, North Africa, more so than Thessaly.   Throughout the story Lucius, in the form of an ass, is passed around to various owners ranging from robbers to soldiers to cooks.  In his travels he is often mistreated and is unable to shift his form back to that of a human.  Along the way he meets many people from all walks of life, he both witnesses many amazing things and is also told many marvelous stories.  A year later Lucius, exhausted and distraught from his experiences, regains his human form by the divine intervention of the goddess Isis (patroness of nature and magic).  He then pledges himself to Isis and after much deliberation he is initiated into her service.

The text and other versions:
The text itself survives in the form of 40 manuscripts.  According to Hanson (xiii-xiv), it appears as though all of the later ones are direct descendants from the earliest version. The story of Lucius is also conveyed in a Greek version by Lucian. Moreover, there is a mention by a 9th century Byzantine scholar Photius of another version.